Severe cervical spine injury in rugby union (rugby) exerts a major impact on the individual who sustains the injury and on the broader society. The estimated risk is estimated to be between 2-100 per every 100, 000 player exposure hours – which I am informed is considered to be ‘tolerable’ risk. However, the financial impact is also significant, with the lifetime cost for a 20-year-old individual who became quadriplegic having been reported to be between $2 and 3 million in the late 1990s.
There has been a lot of debate and law changes in order to try and prevent significant neck injury in rugby. Recent research studies have emphasised certain benefits of age-matching and weight-matching forward players. There is now a stipulation in Scotland, by the Scottish rugby union, that all school forwards will only be certificated to play in the front row after strength testing. Numerous other preventive strategies, such as de-powering the scrum through player positioning and sequential engagement, have also been attempted with mixed success. There have also been law changes to tackles (for example the spear tackle) and the breakdown area to try and improve the safety of the game.
In modern rugby, all professional teams are required to have present on match days a physiotherapist and doctor who are trained in immediate pitch side management of serious spinal injury, which includes the immobilisation of the cervical spine, how to spinal board a player, how to safely remove from the field of play, the use of oxygen and much more. This is to ensure that all suspected spinal injuries are managed correctly in the critical first moments and the best possible outcome is delivered.
On Sunday the 22nd of March 2015 it will be 10 years to the day since the tragic accident that saw Matt Hampson the England U21 international injure his neck so severely that he has been left paralysed from the neck down and breathing via the aid of a ventilator. Aged just 20 at the time of the incident, during a training session, a scrum collapsed forcing the player to spend the next 17 months in hospital. More recently, Owen Williams, the welsh international centre suffered a “significant injury” to his cervical vertebrae and spinal cord while playing for Cardiff Blues in a tournament in Singapore last June. Hopefully, as is being reported in the media, he is making good progress and his prognosis is a good one.
Matt Hampson has in fact set up a foundation with the aim to help people get busy living again after a life altering injury and it is estimated the foundation has raised in excess of one million pounds. Hopefully, none of us will ever need to be in a position to have to use the foundation (the risk as mentioned previously is low), but it is certainly good to know that the facility is there. 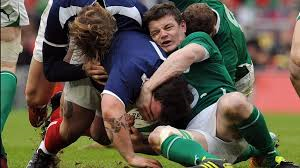 A pain in the neck……

neckpainserioussports injury
Related Posts
Search
Get Social
Contact us
Business Contacts
Twitter
Tweets by @360_physio
Subscribe
Client Feedback
"After suffering with back ache for a long time and trying many different treatments, I was extremely pleased with the treatment I received at 360 physio. The treatment I received has eased my pain and helped me return to the gym with no further problems."
Rachel, 28Wymondham
"I am a very active 55 year old who plays squash and tennis at least three times a week, but after undergoing hip replacement surgery, I was worried I wouldn't be able to return to my full fitness. After attending 360 physio twice a week for six weeks, I have been able to get back on the courts no problem - even beating those twenty years my junior."
Neil, 55Norwich
Find us – Rowan House, 28 Queens Road, Hethersett, Norwich, NR9 3DB
Copyright © All Rights Reserved 2015 Blanc Creative